Lucky Spike; his wandering from Ozone Park, starting at 131st Street and 11th Avenue, left him at Eliot Avenue and 85th Street. Look at a map. Spike traveled far. By the time he reached the group who rescued him, he was away from home for nearly three weeks. Spike was tired and hungry but had the sweetest disposition anyone would want in a dog. He followed commands like sit, stay, and lie down, as readily as any beloved house pet would.

The folks who were trying to figure out what to do with him all wanted to take him home except they worried about the pets they already had in the house. Cats, dogs, large and small, how would they react with each other? Even your favorite gentle pet can be turf-conscious and hostile if their routine is disturbed and their food is threatened. My own five-pound yorkie believes he’s the master of the universe.

Now we know his name is Spike. On that Saturday, one week before Christmas, we knew nothing. He had a collar with no tags. We weren’t even certain what breed he was. He looked almost like a Newfoundland Retriever, but he wasn’t quite large enough. He did have the right gentle disposition and sad eyes. Others thought he was a Golden Retriever, but his hair was black. The right length hair for a Golden Retriever, but his fur was black. And, he had the sad eyes and gentle disposition. He certainly liked to be around people who were showing him affection.

This sad-eyed dog surely got affection from everyone. Cappie, the proprietor of Quick Stop Convenience on the corner of Eliot and 85th Street in Middle Village, sprang for Spike’s food tab. And, Spike was hungry! He ate a loaf of Italian bread plus two cans of dog food. Jimmy Faello, AKA “Jimmy the Plumber” and proprietor of JALCO Plumbing, right next door to Quick Stop – on 85th Street, was running errands to phone 311, ASPCA, Animal Care and Control – anyone who might take Spike and find his home. Other anonymous strangers from the Laundromat, the flower shop, or other merchants, took an interest but were unable to help.

Then, along came Terri, a neighbor with two collies and two lovely children. Terri has been rescuing collies for several years. She has the experience for reuniting dogs and owners.

While Terri was on the scene, we noticed that whenever a dark-colored SUV stopped for the traffic light and was driven by a woman Spike would break free, go to the driver’s window, stand on his hind legs and look into the window. Apart from the fact that quite a few women freaked at the sight of this big dog looking into the window, no harm was done at all. But, it did tell us that his owner was a woman who drove a dark-colored SUV.

Spike also wanted to follow any woman who came from the Laundromat, flower shop, convenience store or just happened along. He startled some women, but most looked at his eyes and knew he was a gentle friendly dog.

It was getting late, and most of us couldn’t take Spike home. Terri believed that her two collies would welcome Spike, so she took him home with the idea that in a few days he would be back home with his family. But, it was Spike who wouldn’t enter Terri’s home because he was nervous about the two collies, Fonzie and Rascal. Once again Spike was lucky. Middle Village has so many dog lovers. Terri’s next door neighbors took one look at Spike and took him into their home. Spike was happy, here was a warm home, affectionate folks and food.

In the meantime, in Ozone Park, Andy and Anne had been looking all over for Spike. The year before, Spike had wandered off to Whitestone, and luckily, was returned home. Spike is the wandering kind. He’s known all throughout his neighborhood and has always been found and returned. Unknown to any of us in Middle Village, Spike has an implanted ID. More on pet IDs later.

Terri was about to take Spike to Juniper Valley Animal Hospital on 69th Place just off Penelope Avenue in Middle Village to get a checkup and look for an embedded ID, when she and Andy and Anne matched info on Petfinder.com.

Terri has a lot of useful information regarding implanted IDs, medical insurance for pets and the use of Petfinder.com.

Implanted IDs can cost a one time fee of perhaps up to $150. The ID is the size of a rice grain and is injected between the shoulder blades. The fee includes the veterinarian’s procedure plus the registration with the maker of the ID.

Take the advice of the veterinarian, but whatever you want to hear is the ID can be scanned by any organization with a “universal scanner.” Avoid any ID whose contents are proprietary and can only be translated by its own scanners.

Medical insurance for pets is something to consider. This will take some shopping. Talk to your veterinarian; visit websites. What medical treatments will be covered? Who can provide these treatments? What will your expenses be? Pet insurance probably is much like medical insurance for folks, high in the food chain, so shop carefully. And shop when your pet is healthy.

Petfinder.com is a website to match owners with the finders of wandering pets. This can be far more useful than posters as in the case of Spike. Who in Ozone Park would think to put up posters in Middle Village, or vice versa?

These creatures depend on us. If we want the joy of a pet, we should take responsible care of them. 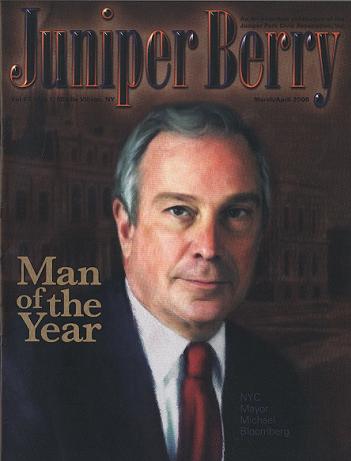