Few topics generate more of a discussion than illegal apartments. At the recent meeting of the Juniper Park Civic Association in September the issue was raised again by irate homeowners who are inundated with additional people, cars, noise, garbage, etc. because of the illegal rentals.

Their complaints are heartening to see because just a few short years ago residents were far more complacent about the rentals feeling very much as if they are a rite of passage that just had to be endured. There seemed to be no light at the end of the tunnel, so to speak. Not so anymore. The homeowners are very vocal about stating publicly that they are fed up and want solutions, now.
In response to all the complaints the city has hired ten additional inspectors. They answer complaints between the hours of 3 P.M. and l0 P.M.

The Juniper Park Civic Association has a mandate from its membership to be very aggressive about response to the complaints. If necessary, affidavits will be issued and fines imposed.

A very important point to make is that because of the dangers of the rentals, all tenants in a building can withhold their rent until the violation is corrected. This makes the landlord accountable to answer a complaint.
Additional problems for the landlords could be from the IRS as the taxing authorities will be notified of the illegal rentals. Fines and back taxes could be very steep.

The Fire Dept. is also becoming more aggressive about responding to reports of violations in any particular building. In some instances the department will issue a vacate order and all tenants in a building must vacate, usually within hours.

There is no question that we are moving to zero tolerance with the illegal rentals. It is unfortunate that there had to be a disastrous fire in Maspeth where lives were lost to magnify the seriousness of the problem.

There seems to be some confusion about how to report an illegal rental.

Any questions or follow-up could be directed to CB 5. 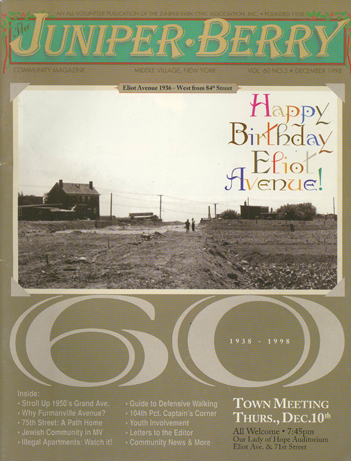