The City Council has long been an object of municipal mockery.

Until 1938, it was called as the Board of Aldermen, informally referred to as “the forty thieves,” a reference to Ali Baba. Another jest derided the lawmakers’ occupations: A man near the door of the Chamber shouted, “Alderman, your saloon’s on fire.” The room emptied immediately. In 1965, I wrote: “The City Council is less than a rubber stamp, because a rubber stamp leaves an impression.”

The Aldermen were not held in high regard because, apart from their personal lack of distinction and political subservience, they had very little actual power in city government, and spent a good deal of time and energy renaming streets and parks. They were almost all Democrats and faithfully voted their leader’s wishes. Real power was vested in the Board of Estimate, which consisted of eight elected officials, the Mayor, Comptroller, President of the City Council (successors to the Board of Aldermen) and the five borough presidents. The members had different numbers of votes, with city-wide officials generally having more votes than borough presidents.

In an attempt to alleviate the incompetence and indolence of the Aldermen, a charter revision commission proposed that their successors, the City Council, be elected by proportional representation, rather than single member districts. This reform, which dramatically improved the caliber of local legislators, was adopted by referendum in 1936.

Proportional representation is a system of voting providing members of a legislature be chosen in a way that essentially reflects the support that their political party receives in an election. PR, as it is generally called, gives voters the opportunity to vote for as many candidates as there are vacancies, in order of their preference. In counting votes, all the first choices are tallied. The candidate with the fewest first choice votes is eliminated, and his votes are redistributed to the voters’ second choice. The process of elimination and redistribution continues until the number of candidates remaining equals the number of vacancies to be filled.

Under PR, in a district where 21% or more of the voters make anyone their first choice and five seats are to be filled, their candidates are assured of election. This provides minority parties or minority ethnic groups the chance to elect candidates as well as the majority, who will elect most candidates if people vote for them. Political or ethnic minorities would not be excluded, as they generally are when districts have one seat. Closer elections meant better campaigns.

The City Council today consists of 48 Democrats and 3 Republicans, vastly under-representing the percentage of Republicans in New York City. For many years, when the Council was smaller, there were 24 Democrats and one Republican, Stanley Isaacs, who held the “silk stocking” seat on Manhattan’s Upper East Side. Today, Manhattan is a solid blue county, while Republicans win in Middle Village, Queens, and southern and central Staten Island.

Over the years, the Council has had some able members, and some who are not. In the mid-seventies the percentage of Councilmembers indicted exceeded the rate for teenagers in the South Bronx. Nonetheless, there were strong points.
Peter F. Vallone, Sr., who represented Astoria, served 28 years, the last sixteen as Speaker. During his terms, the Council gained substantial additional power after the court-ordered abolition of the Board of Estimate. He was a more benevolent ruler than his predecessor, the late Thomas J. Cuite. Vallone's district is now represented by his son, Peter, Jr., who is ably serving his second term. Eight Councilmembers elected in 2001 are blood relatives of other public officials.

Term limits, adopted by referendum in 1993, and sustained in 1996, went into effect in 2001 and effectively limited future Speakers to one four year term. The present speaker, Christine Quinn, is held in high regard and has worked co-operatively with Mayor Bloomberg. She was in fact chosen by Democratic county leaders who control their delegations in Brooklyn, Queens and the Bronx. The passing of her prime sponsor, former Congressman Thomas J. Manton, on July 22, is likely to affect a number of political relationships. Mr. Manton had prestige and influence, built up over the years.

Democratic Party county leaders were the principal enemies of PR because it reduced their sway over the Council. They resented pressure to select candidates who would appeal to a wider group than the party faithful. This made it harder to use a Council nomination as a sinecure for faithful political service or as a resting place for a relative or crony of a bigwig. The fact that candidates would be in competitive races, and be judged on their merits, significantly improved the caliber of nominees. The Councils elected during Mayor LaGuardia’s administration served in a golden age in legislative history. They didn’t accomplish much, because they had so little power, but they were diverse in opinions, noted for intelligent ideas and floor debate.

Twice Tammany Hall tried to defeat PR by referendum, in 1938 and l940 and both times PR won at the polls. The time started turning against PR in 1945. In 1941, a member of the Communist Party, Peter Caccione, was elected from Brooklyn. He was re-elected in 1945 and served until his death in 1947. In Manhattan, a black graduate of Harvard Law School, Benjamin Davis, Jr., was elected to the Council in 1943. He, too, was a Communist. In 1945, Mr. Davis was re-elected, received the second highest number of votes any Councilman had ever received. In 1949, Mr. Davis was convicted under the Smith Act for participating in an organization which advocated the violent overthrow of the American government.

The start of the cold war caused considerable anxiety over the activities of Communists in America, particularly elected public officials. Tammany Hall, joined by Republican leaders embarrassed by their poor showing, placed the abolition of PR on the ballot in 1947. Repeal passed and the experiment in a multi-party City Council was over for 16 years. In 1945, the year William O’Dwyer was elected mayor and the Democratic machine took over City Hall, the Council elected consisted of 14 Democrats, 3 Republicans, 2 Liberals, 2 American Labor Party members and 2 Communists. By contrast, the Board of Aldermen elected in 1935, just before PR was adopted, consisted of 63 Democrats and 2 Republicans. The Council elected in 1949, just after PR was repealed, was comprised of 24 Democrats and one Republican. The Democratic machine again totally dominated the legislature — conditions were back to normal in New York City.

The next attempt to bring the Council to life came in 1961, when the voters approved a plan to elect two Council members at Large from each borough, who had to come from different political parties.

The thought was that adding five Republicans would provide the core of a political minority that would more accurately represent the population. What happened was that occasionally Liberals or Conservatives won the second seat, defeating the Republican nominee for second place. I was elected that way in 1973 and 1977.

Unfortunately for political diversity, the system was thrown out in 1981 by the federal courts on the ground that two seats for each borough violated the principle of one man, one vote since the boroughs were of unequal size. The at-large system only applied to 22% of the Council, and all the votes were by lopsided majorities. Not one in eight years was affected by the presence of at-large members, who lifted the tone of the Council, except for those who went to jail.

The positions were abolished by court order in 1983, and another 23 years has passed with a one-party legislature. The results have been disappointing, although it must be made clear that some members are bright, able and hard-working. The problem is that the method of election encourages provincialism, excludes political minorities, and reeks of gerrymandering, which would be impossible under borough-wide districts.

The return of PR would be an enormous lift for democracy in city government. It would make the Council more representative of different viewpoints, reduces the influence of county leaders in selecting Councilmembers, and attract more talented and independent candidates. It would also minimize some of the district rivalries which now take place.

It will be necessary for the City to receive the Justice Department approval required under the Voting Rights Act, now extended for a quarter century (until Justice O’Connor’s estimate as to when it may longer be necessary). It would be opposed by ethnic politicos and poverty pimps who now control fiefdoms, supported by government funds.

It will take a referendum, requiring considerable public education, for PR to be adopted again, as it was in 1936. It can be argued that the Council needs a strong leader, and that diffusion of power would lead to anarchy (God forbid). One thing New York has, at relatively low cost, is the ability to change systems back and forth, as circumstances change.

Now that the Communist menace is behind us, and there are not enough Jihadists in New York City to elect a Council member, it’s time that PR received another chance. 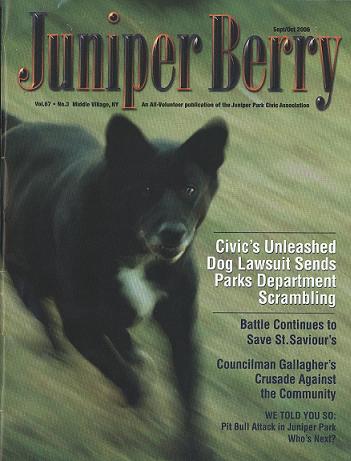