Over the years literally hundreds of children have been hurt, some seriously, but the Department of Parks has turned a deaf ear to their cries. They have seen fit not to replace the dangerous play equipment in the upper playground of Juniper Valley Park. Councilman Ognibene and I were told two years ago that the equipment would be replaced under a “Requirements Contract.” The Requirements Contract picks up the cost of replacing the most dangerous play equipment in NYC Parks. “If they ran out of money why weren’t we told sooner?… Why does it take 2 years to find out?

“Hardly a day goes that a child is not hurt on this equipment. In fact at the Kids Halloween Festival on October 20th, I counted six children hurt on this pile of wood and metal in three hours.”

Last month, a high ranking Queens Parks official told me that the project would not fall under a Requirements Contract and that I better start lobbying elected officials.

It is unbelievable that Parks officials have seen fit to allow this equipment to be in the park this long.

Many of us are sick and tired of the bureaucratic foul ups that seem to be accepted as routine within the ranks of the Parks Department. Poor design, inflated contracts, shoddy work by contractors, lack of communication with the community and elected officials is expected on practically every contract. It’s time to hold people who are in charge of supervising projects accountable. Our children’s safety is certainly more important than protecting the feelings and jobs of inept supervisors. 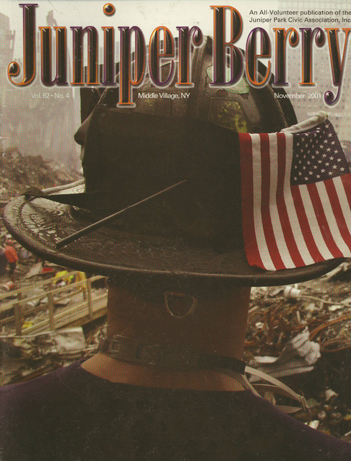