As early as 1663 Thomas Morrell, an Englishman whose family held an honorable position among England’s landed gentry, came to the New World. He married Hannah Glen and settled in parts of Newtown now called Middle Village. At that time all of Newtown was a dense wilderness where, besides Indians, only wolves and other wild animals lived. The land was covered by dense forests broken only by small settlements here and there. The first roads were Johnson Avenue (now Caldwell Avenue), Juniper Avenue (now 69th Street), Juniper Swamp Road (now Juniper Valley Road) and Dry Harbor Road. All of these roads went around the Juniper Swamp.

As far back as 1668 the records of the Town Meeting show the Morrells owned considerable land along the Swamp Road. Juniper Swamp Road was laid out in 1668 and grants of land bordering the swamp were given to prospective settlers. These grants consisted generally of about 10 acres each, and one of them was taken up by Thomas Morrell, who later obtained many more similar grants until he became a very extensive land holder. The following excerpts from the town records prove that Mr. Morrell was a resident and property owner in the locality of Juniper Swamp Road at that time.

At a town meeting held March 1666, the next lot to John Moore’s lot east man or men can show a right to it.

In 1678: More land laved out for Thomas Morrell next to Juniper Swamp to the westward of Nathan Fish, a seven acre lot.

In 1692: Joseph Philips of Fosters Meadow in the bounds
of Jamaica, conveyed to Thomas Morrell of Newtown Yoeman for a certain sum a certain part and parcel of land containing ten acres more or less in Newtown, bounding eastward against ye highway, southward against a lot formerly belonging to Nathan Fish, westward in ye rare against Juniper Swamp, Northward by a lot that was formerly laid out to Joseph Reed.

In 1694: Land laid out for Thomas Morrell, Sr. which was allowed him by purchase on ye second Division, teunakers of ye road which goes along by Juniper Swamp.

In all, the various grants and purchases of Thomas Morrell amounted to some hundred acres, all in the vicinity of the swamp. Dry Harbor Road was the eastern boundary of the Morrell acres. The Morrell house was located at 71-09 Juniper Valley Road. Nine generations of the Morrell family lived there, and through the years the house was altered and enlarged.

Its massive handcut beams, all fastened together with wooden pegs in place of nails gave ample proof of its great age.

The Morrell family had for many years been prominent in Brooklyn, where Thomas Morrell, fifth in descent from the founder, opened up Grand Street in 1804 which afterwards became one of the main business streets of Williamsburgh. He started the Grand Street Ferry in the form of a rowboat. When passengers wanted to cross the East River to New York they would blow a horn that was kept at the landing for that purpose to call Morrell from his farm work.

Morrell met with much competition in his ferry service, his rival being Richard M. Woodhull, who ran a similar rowboat from what is now the foot of Metropolitan Avenue to New York. Morrell improved his boats and service, and finally after both sides had suffered considerable loss; the two rivals entered into partnership and established the Williamsburgh Ferry.

Morrell was an Englishman who was a British sympathizer during the Revolutionary War period. Isaac Morrell was a drummer boy during that war.

Another branch of the family located in that part of Newtown now known as Woodside was John Morrell, a grandson of the founder. He married Phebe, the daughter of Samuel Alburtis. John and his son John, Jr. took an active part in the Revolution. The entire family was ardent patriots and directly after the Battle of Long Island, the Woodside farm was occupied by some 10,000 British soldiers under the command of Major March, who saw to it that Mrs. Morrell was not molested in any way, she being alone at the time, her husband and sons being away with the American troops.

The first part of the Morrell house was built around 1719. It is believed that Robert Morrell erected the portion of the house containing the hallway at ground level and the two main rooms. Thanks to Henry Ludder, the Queens County Historian, the legal owners of the house were traced back to 1811. Names like Stratton, Beckman, Bailey and Anderson were just some of the owners. At that time it consisted of 24 acres.

Robert Morrell, the great, great, great grandson of Thomas and Hannah Morrell, was the last male member of the Morrell family. He married Sarah Van Houten and he was in active service in the War of 1812. After his death the property was divided among other Morrells, but his daughter Hannah Eliza got the Morrell house. Hannah Eliza married Seaman Denton. Their daughter Harriet Denton married Oscar B. Way in 1872. Hannah Denton had title to the house for 48 years. Robert Christiansen bought the house in 1914. In 1919 title passed to Echo Waltz and his wife Ethel. Mr. Waltz kept the house until 1982 when he was forced to sell. He loved the old house but being alone and over 90 years of age; he just couldn’t manage to keep it any longer.

At that time a committee to save the Morrell House was formed. David Gigler was chairman of the committee. The Greater Ridgewood Historical Society, the Middle Village Volunteer Ambulance Corp., the Juniper Park Civic Association, the Department of Parks – all were involved but a pledge drive in Middle Village failed to raise the money needed to move the house to Juniper Valley Park.

Later officials of the Queens Botanical Gardens in Flushing said they were making a strong effort to move the house to their property. They planned to use the house as a museum and offices. Its renovation would be part of the
projects celebrating the borough’s 300th birthday. They planned to build a replica of the Prince Nursery around the house. The Prince Nursery was one of the finest horticultural nurseries in the colonies in 1737.

The Botanical Gardens expected to receive $100,000 from the City to move the house. The Botanical Garden did the best they could to save the Morrell House but the loss of a benefactor who was going to donate the cement foundation and the additional requirement of pilings under the foundation added greater financial burden on the Gardens.

Since additional money was not available from the City, the house was torn down around 1984. 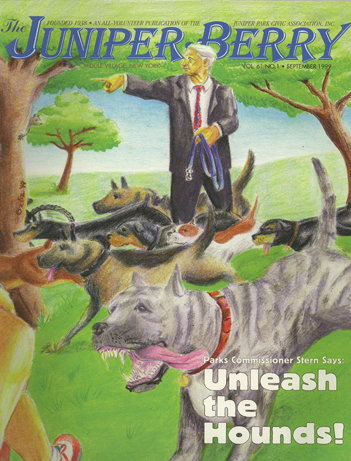